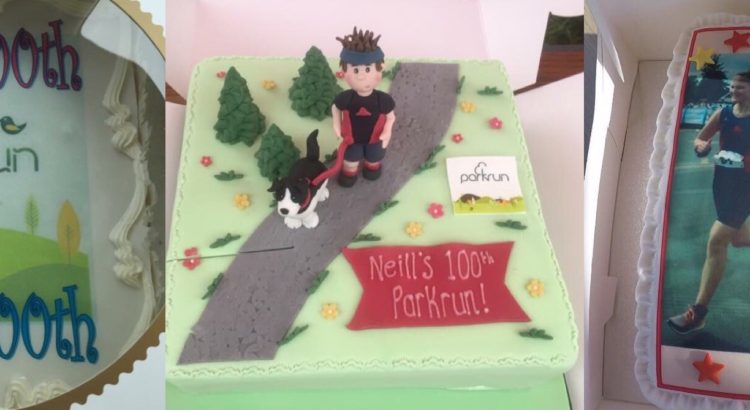 There’s also still a bit of parkrun tourism going on this year, with 8 different NI parkruns being sprinted, ran, jogged, walked and/or crawled by Seapark members this week.

Helen Boyd achieved a course PB of 33:30 at Antrim.

Neil Harper and Karen Waring both participated in the Enniskillen parkrun before heading to Heaven via a Stairway later that same day.

Ian Cleland finished in 4th place, while Sara Johnston ran a course PB of 24:46 at Stormont.

Bobbie Irvine, Nicola Irvine (with a course PB of 25:03) and Gavin Irvine went to Victoria.

While Karen Foster was the lone Seaparker at Waterworks.

There were three milestones reached on 9th Sept with Phillip Poag and Nicola Irvine both reaching their 100th parkrun each and Bobbie Irvine having the honour of being the first Seaparker to reach 200 parkruns (no official T-shirt for this but I’m sure Bobbie will create one).

Elsewhere Karen McMaster attended Ormeau, Kelly Miscandlon Portrush and Ronald Simms Wallace.  While Jonathan Beattie was 1st over the line with an assisted PB (it says it in the results) with Molly at Valley, being followed by Gillian Bell and Richard Hetherington.

And at Victoria we had Brendan Rice, Matthew McCallan, Ryan Campbell (1st time at Victoria) and Allan Grant.

It was another good week for cake, this time supplied by Neil Harper (and Oska) for his 100th parkrun (whoop, whoop).

There was still a bit of tourism going on this week with Helen Boyd finishing her 1st run at Armagh, Barry Coleman going to Ormeau, Kelly Miscandlon visiting Portrush, Gavin Irvine (with a course PB of 28:11) & Bobbie Irvine running at Queens + Ronald Simms returning to Wallace.

The big one this week was the new Castewellan parkun, making the original 22 parkrun club (that became the 23 parkrun club and then the 24 parkrun club) into the 25 parkrun club.  Bobbie Irvine, Neill Harper, Nicola Irvine, Allan Grant, Karen Waring, Karen McMaster, Glenda Murray and Geraldine Kane where in attendance.

Some of us still have to do this one.  

This was a bit far for some members so Ian Cleland and Sara Johnston (with a course PB of 23:34) returned to Antirm, Barry Coleman went to Ormeau, Lynda Shannon (1st time), Kelly Miscandlon & Andrew Smyth (1st time) braved the beach of Portrush, Julie-Ann Mitchell was at Stormont, Karen Poag & Gillian Bell attended Valley + Colin McCrum & Karen McIlroy (1st time) chose to do their parkruns at Victoria.

Elsewhere Sonja McIlfatrick went to Antrim for the 1st time to witness Donna McKee achieve a course PB of 31:00.

While Ryan Campbell and Rebecca Tester (with a course PB of 27:47) ran at Ormeau and Kelly Miscandlon returned to Portrush.

Further afield (in Scotland) two Seaparkers added their names to the Pollok, Glasgow parkrun.  Karen Waring and Neill Harper may now be on the list for Pollok but someone else is still the top Seaparker there.