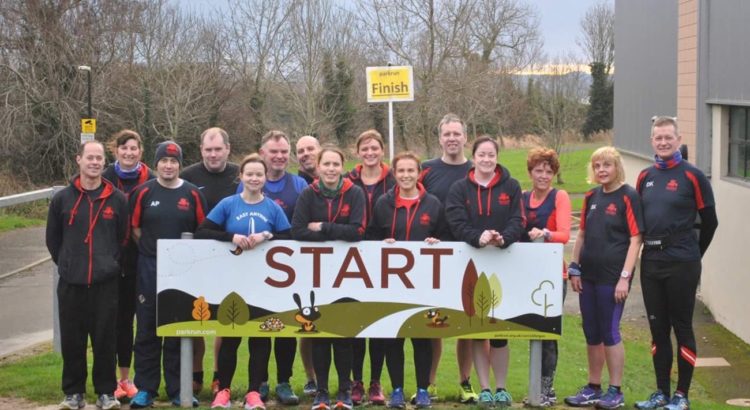 Richard Craig listened to my advice in the last parkrun report and gave someone else a chance at being 1st as he came 2nd in the Carrickfergus parkrun on 3rd December.

And Derek Kane accompanied Susan Kane to her 1st run at Victoria.

Plus Colin McCrum attended his 1st run at Armagh, Ann McCracken ran at Ormeau and Ronald Simms went to Wallace.

Gary Craig and Karen McMaster (with a course PB of 28:54) ran at Antrim.

While Allan Grant was making sure he reaches his 100th parkrun by years end by attending Falls with both Philip Poag & Karen Poag (1st run at Falls).

Richard Craig, Ian Cleland and Sara Johnston (with a course PB of 24:49) returned to Valley.

Karen Waring obtained a season’s best of 25:14 at Victoria.

I don’t know what’s going on but the 17th December was another week with Richard Craig not in first place at Carrickfergus.  He was the first Seaparker to finish and was followed by Ian Cleland, Jonathan Beattie, William Jenkins, Ben McCaughran, Paul Daniels, Andrew Smyth, Laura Johnston, Karen McIlroy (with a parkrun PB of 26:04), Claire Hamilton, Catherine Steele, Karen Bell (with a parkrun PB of 28:55), Lynda Shannon, Neill Harper, Julie Marshall & Susan Kane.

The rest of the 24 NI parkrun group (+ a few others) attended Rostrevor (as some went on to do the B2R race after).  That makes another 7 to complete all 24 NI parkruns this year.  Bobbie Irvine was the first Seaparker to finish.  Gavin Irvine was next, then came Nikita Murray, Colin McCrum, Allan Grant, Nicola Irvine, Julie Kelly, Derek Kane, Rebecca Tester, Glenda Murray and (the only person to do it twice) Geraldine Kane.

Gary Craig, Philip Poag and Karen Poag (with a course PB of 26:25) went to Antrim.

While Ann McCracken ran at Ormeau.

And Richard Hetherington achieved a parkrun/overall PB of 19:15 at the original Bushy parkrun.

The very festive Christmas Eve run was sponsored by Carrickfergus Vineyard Church who supplied lots and lots (and lots) of buns (but no cake) for Allan Grants 100th parkrun.

And the Poags (no, not the ones you’re fed up with by Christmas Eve) went to Portobello.

On Christmas Day there was two main local parkruns running.

While the no PB club went to Waterworks.  They where Gavin Irvine, Nicola Irvine, Bobbie Irvine & Gary Craig.

While further afield the Poags went to Livingston parkrun.

Everyone has now finished the original 22 (and Rostrevor) NI parkruns. Though someone still has to finish Omagh (the 23).

The two charities are Brainwaves NI and Macmillian Cancer Support. Remember that if each of the two charities reaches the £2500 target then Michael Kane and Trevor Lamb will get their legs waxed and then run a 10K with nice waxed legs.  You know that the suffering of others will make you feel better so dig deep.