It was Carrickfergus’s 100th parkrun plus their 2nd anniversary cakerun on 6th.  The theme was pairs and quite a few people took the opportunity to play dress up (any excuse for some).  There was Team Dick Dastardly, Team 118, Team Disney, Team Alice, Team Peckham, Team Potato Head, Team Mario Bros, Team MIB, Team Seapark and what can only be described as Team Red/Blue WTF (At least they were wearing Seapark colours).

While that was going on Richard Hetherington attended Portrush for the first time, Clive Weatherhead made his 7th appearance at Wallace, plus Ronald Simms (on his 3rd parkrun and 1st at Antrim), Karen Waring, Karen McMaster, Becki Tester and Colin McCrum (who was beaten to the finish line by his son Connor) used Antrim parkrun as a warm-up for the 1st Antrim B2R 10K.

Back over in Never Never Land Gavin Irvine returned to the Peter Pan parkrun for the 2nd time, achieving a course PB of 23:10.

The 22 NI parkrun crowd took advance of the cake on offer @ Waterworks (thanks to parkrun Jim’s 250th parkrun) and added another notch to the list of their ever increasing events attended so far this year.  Robert Murray was the first Seaparker home (with a PB for Waterworks), and was followed by Bobbie Irvine (saving his energy for the Last One Standing event the following weekend, and we all know by now how that turned out), Allan Grant, Trevor Lamb, Alan Poag, Glenda Murray and Julie-Ann Mitchell (who was also beaten to the finish line by her son Harry’s sprint finish).

Further afield, but still in NI, Ronald Simms attended Citypark, Craigavon for the 1st time and achieved an overall PB for parkrun (19:04), while Gary Craig ran Ormeau and Marie Nicholson went to Larne for the first time (testing the course out before Andy’s parkrun challenge starts next month).

It’s a pity no Seaparker did a parkrun in Scotland on 13th because we had participants in the North and South of Ireland, England and Wales.  Richard Hetherington went to his 2nd timed run at the original parkrun (Bushy park), Gavin Irvine used some more pixie dust to get to the Peter Pan parkrun, Neill Harper was representing Seapark AC at the first Dolgellau parkrun and Becki Tester achieved an overall parkrun PB of 28:15 on her 25th parkrun, and first appearance, at Dundalk.  Sorry Becki, but it’s not going to count towards your NI parkrun challenge.

The 22 Group went to Wallace, Lisburn. Robert Murray took 10th place (obtaining an overall 5K PB of 20:59) and even had time for some tea and cake before the 2nd Seaparker (Allan Grant) crossed the finish line (yes, with his barcode).  They were followed by Derek Kane, Karen Waring, Trevor Lamb, Alan Poag, Michael Kane (a new member to the Michael Kane 22 NI parkrun 2016 challenge), Ruth Hawkins, who (would you Adam and Eve it) was beat to the finish line by her son Ethan, Glenda Murray and Geraldine Kane.

If that wasn’t enough Becki Tester partook in her 1st run at Ecos, Ballymena, Gary Craig made another trip to Ormeau, Karen McMaster returned to Valley (achieving a Valley PB for 31:56) for the first time since their inaugural run many moons ago, and Ian Cleland & Sara Johnston (also getting ahead of Andy’s parkrun challenge) went to Larne.

Ian got a course PB for Larne with 20:12.  That now makes Ian the top Seaparker at Larne, stealing the top spot from Bobbie Irvine (with a time of 20:58).  That sound you hear is Bobbie running down to the Larne parkrun course for a short 126 hour warm-up before he does the Larne parkrun.

It was the latest Jog Graduation at Carrickfergus on 27th February.  The parkrun was attended by Brendan Rice, Robert Steele (with a new parkrun PB of 21:42. Robert’s old PB was still 21:42, but at the much more flat Victoria), Jonathon Bell, Gillian Strudwick (with a parkrun PB of 23:28), Bobbie Irvine, Neill Harper, Karen Waring and unknown runner/s.

It was off to the 4th Anniversary run at Queens (#BaconButtyRun) for Allan Grant, Derek Kane, Trevor Lamb and Alan Poag.  It was a bit like Thunderdome as four men started but only three men finished.  Alan Poag either ran out too fast at the start, doesn’t understand the concept of laps (there was two, not one) or was just trying to be nice to Michael Kane by letting him catch up with the 22 challenge (as Michael’s only did one parkrun so far this year).  The jury’s still out, but after running an 8:45 mile (his fastest in a while) Alan stopped after the first lap.  Don’t worry folks, he was still well enough to eat the post run bacon butty straight after.

It was the first time at Queens for Allan Grant and Derek Kane (who just overtook Trevor Lamb at the last second) while Trevor Lamb managed to get a PB for the Queens course (26:03).

I’m not aware of any children beating their parents this week, but if I’m wrong feel free to laugh at said parents to their faces.  I do know that Gary Craig returned to Ormeau (with a new parkrun PB of 24:19), Iain Hunter went to Bangor (1st run at Bangor), Patrick Hughes attended Valley and Gavin Irvine went back to Hull. 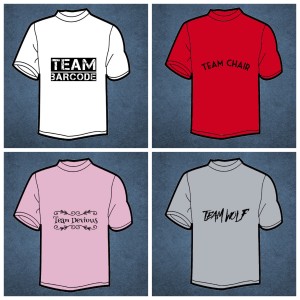 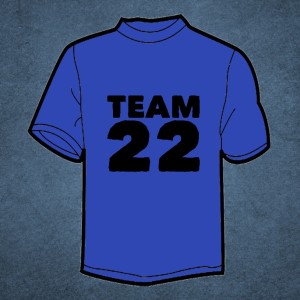 We now have 16 confirmed participants (though two have yet to start) for the 22 NI parkrun challenge as Colin ‘No Facebook’ McCrum has now joined.  At the start of the month Bobbie Irvine and Glenda Murray where in the lead with 6 different parkruns each (Wait!!  This is a race?  Well no, but how else should I measure it?) while our leader Michael Kane was yet to start. Now the leaderboard looks a bit different.  As of 27th February it looks like this.

The two charities are Brainwaves NI and Macmillian Cancer Support.  Remember that if each of the two charities reaches the £2500 target then Michael Kane and Trevor Lamb will get their legs waxed and then run a 10K with nice waxed legs.  You know that the suffering of others will make you feel better so dig deep. 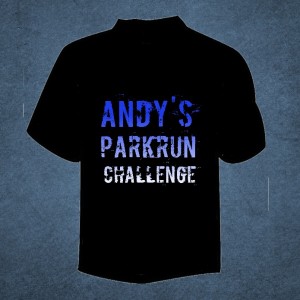 March will see the return of Andy’s parkrun challenge, but remember it won’t start until 26/03/16.  The rules are the same as last year but the courses are different.  Between 26/03/16-29/10/16 participants will have 32 weeks to complete three different parkruns, plus volunteer at Carrickfergus at least once.  The parkruns will be Carrickfergus, Larne and the third one will be any of the participants own choosing.  Age grade percentage will decide the winner.  So for most of us that means that the challenge will be stopping all the really fast runners from doing parkruns between 26/03/16-29/10/16.