On Saturday 7th November 2015, Seapark’s Iain Hunter was amongst the hundreds of runners who took part in the 81st annual running of East Antrim Harriers’ McConnell Shield Cross Country at Sixmilewater Park in Ballyclare.  Another strong run for Iain in the ongoing Athletics NI Cross Country League 2015/16 finishing the 5 mile course in a time of 35:20. 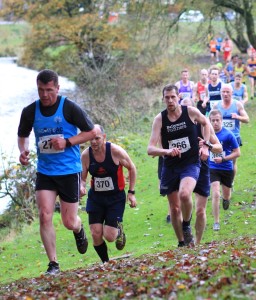 24 Seaparkers completed the Carrickfergus parkrun in October 2015. Ian Cleland came first in the 03/10/15 run with a time of 18:43. On the same day both Charlie McCormick and Bobbie Irvine finished with 21:03. Really guys!? You’re being real gentlemanly about being completive and all.

The 03/10/15 also saw Spider-Man partake in the Carrickfergus parkrun to try and appease everyone’s disappointment with not getting a place in next years London Marathon. Let’s just say that the winner of this months Seapark swearer of the month is undetermined as Spidy was met with numerous comments that can’t be repeated on an open forum. Please watch the below video to remember how ace Spider-Man is. I still love you Spidy!

It was ghosts, gouls and… er… Snow White for this years Carrickfergus Halloween parkrun. They say a picture paints a thousand words. If you ever doubted that then check out the picture below.

See, it’s true.  You can guess the winner of the monthy prize, there’s no need for me to list it here.

Gavin Irvine got into the Halloween spirit from the start of October by going to the Goul, sorry I meant Goole, parkrun on 03/10/15.

Colin McCrum gets a prize this month for both slowest time (59:59) and longest parkrun distance (yes, I know it’s a set in stone 5K distance) with his Hatfield Forest parkrun on 10/10/15. Being a parkrun tourist he couldn’t find the hard to find starting line and got there 10 mins after everyone else had left. On top of that Colin couldn’t find the official parkrun route (as all the signposting had been lifted by a tail running volunteer) so he ran his own unofficial 5+ mile course. Kudos for not giving up Colin!

Jenny Robinson ran her first Ormeau parkun on the 10th.

Philip Poag, Neill Harper and Oska went against the grain and didn’t do any of Andy’s parkrun challenge courses and went to Valley instead.

While Bobbie Irvine participated in the first Colin Glen parkrun.

While a lot of Seaparkers went to Dundrum for the DR8 on 17/10/15 (and Derek Kane, Kate Delaney and Brendan Rice attended the Carrickfergus parkrun) a few did a spot of parkrun tourism.

Andrew ‘nothing like leaving it to the last minute’ Smyth finished his own parkrun challenge on 24th by getting a PB of 24:04 @ Victoria. Congrats.

The Irvines travelled to the Penrhyn parkrun on the 24/10/15. For most people that would have been the end of their running day, but for Bobbie Irvine it was only a nice wee warm-up for the Snowdonia marathon which he completed later that same day.

31/10/15 saw another race on parkrun day (why do they keep doing it?) with the first of the 2015 Born2Run Run Forest Run series in Minnowburn. However that didn’t stop some Seaparkers from doing a parkrun beforehand.

Brendan Rice accompanied Neill Harper to exercise Neill’s demons on Halloween by returning to the Queens parkrun. It’s the one where Neill took a wrong turn and ended up in the Mary Peters track back in Feb 2014. What is it with Seaparkers taking wrong turns? Hmm, we’ll have to get a list together for this one. This time (dressed in a fetching zombie number) Neill managed to finish the official course before both himself and Brendan competed in the Minnowburn Run Forest Run 10K at the Mary Peters Track just an hour later. At least Neill knew the way to the Mary Peters track from the Queens parkrun.

The 31st also saw Iain Hunter run Victoria and Gavin and Bobbie Irvine complete in the Humber Bridge parkrun. This was Bobbie’s 120th parkrun and 30th different event. At the rate the Irvines are going a Seaparker will have ran in every UK and Ireland parkrun pretty soon.

We all know that parkrun is a timed run and not a race, but there’s nothing in the guidelines that state you can’t try and beat your Seapark team-mates. We have some runemy parings that make Seapark proud, that is Robert Murry & Colin McCrum (AKA Robin) + Chas McCormick & Bobbie Irvine (AKA McVine). October has created a new runemy paring of Karen Poag and Julie-Ann Mitchell (AKA Kann) or as Captain James T Kirk likes to say… 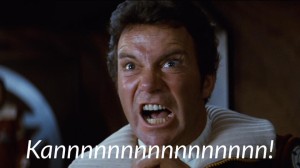 At the 03/10/15 Carrickfergus parkrun Julie-Ann finished ahead of Karen Poag. The times are they both achieved are not important, but what is relevant is that Julie-Ann won by 22 seconds.