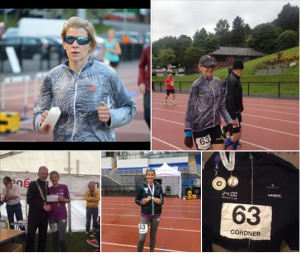 Fifteen athletes from Seapark AC headed South to Newcastle on Friday evening to compete in Born to Run’s scenic Sea To Sky 10k race. This multi terrain route
saw runners climb for 5k to take in beautiful views across Murlough Bay before descending back into Newcastle, finishing on the promenade. 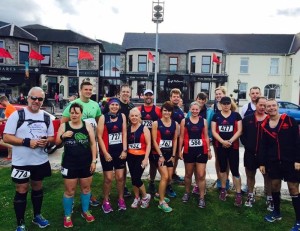 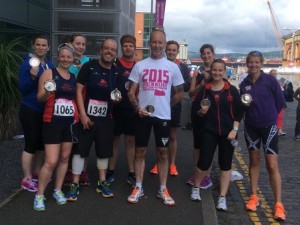 On Sunday 12 July Seapark AC athletes took park in the Endurance Junkie 10k and Half marathon at Titanic Quarter, Belfast.

Jonathan Bell and Sara Johnston represented Seapark over the 10K discipline finishing in times of 47 mins and 59 mins respectively.

Over the half marathon distance, Ian Clelland continued his impressive form, narrowly missing out on a top 10 finish with a time of 1.24. Gillian Cordner,
endurance specialist, also finished high in the rankings with a time of 1.33. Glenda Murray, completed her first ever half marathon race, finishing strongly in a time
of 2.14. Other Seaparkers finished as follows, Colin McCrum, 1.41, Gary Connolly, 1.43, Neill Harper, 1.55, Phil Poag, 1.56 and Karen Poag who paced Jacqui
Coghlan around her first half in a time of 2.03. 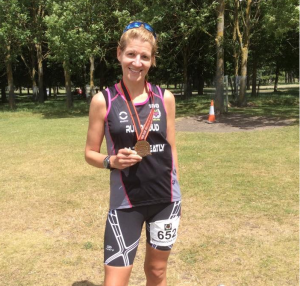 Gillian Barnhill from Seapark AC completed the Marathon Club of Ireland’s Phoenix Park Marathon in Dublin on Saturday 4th of July. This was Gillian’s 115th marathon! 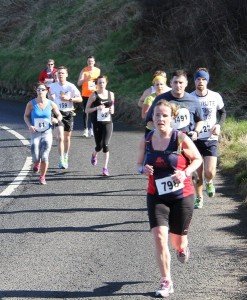 Six of the ten races in the Pure Running Half Marathon Series have taken place and a record number of athletes are vying for the valuable prizes across all the male and female categories.

A total of seventeen hardy runners, of which three are ladies, have completed all six to date and are on target for the special garment if they get round all ten this year.

The ladies  who have completed all six races to date include our own Gillian Strudwick, pictured above at Larne Half in March this year.

The next races are as follows:

An up to date version of the current overall Pure Running Half Marathon Series rankings can be found HERE.